Journalist in Mexico. I'm a former Reuters correspondent in Spain and have previously worked in Chile, Bolivia and Senegal. I've written for The Guardian, Newsweek, The Nation, Foreign Affairs and Bloomberg, among others. I've worked on grant projects for the European Journalism Centre and the Pulitzer Centre. 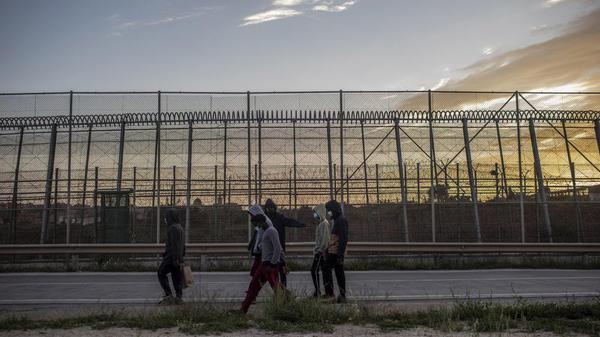 The high-tech ‘makeover’ of Europe’s deadly border with Africa

Before dawn broke one January morning in Melilla, a Spanish town flanked by the Meditarranean Sea on one side and semi-arid hills on the other, veteran border cop Sergio Marquez heard the call come through the radio: “Fence activation, please verify.” 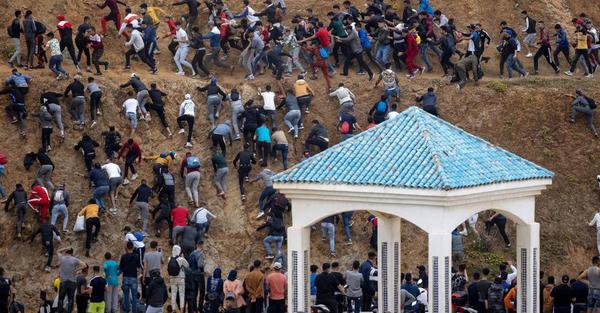 Morocco uses migrants to get what it wants

When 6,000 people pushed off a Moroccan beachfront Monday, swam around two border walls and waded into the Spanish enclave of Ceuta, the question was why Morocco’s normally aggressive border patrols had let them get that far. 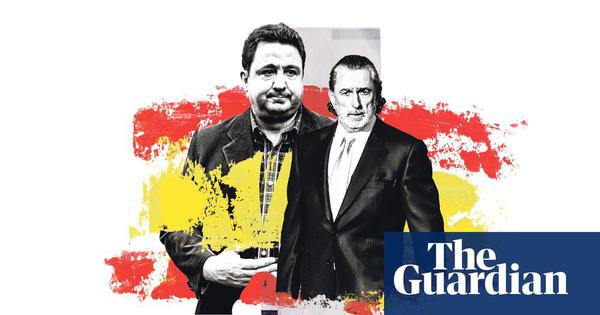 Spain’s Watergate: inside the corruption scandal that changed a nation

The Gürtel case began with one Madrid mogul. Over the next decade, it grew into the biggest corruption investigation in Spain’s recent history, sweeping up hundreds of corrupt politicians and businessmen – and shattering its political system. 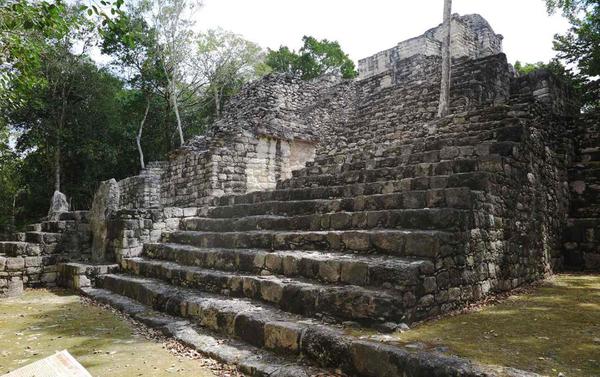 Is Mexico’s ‘Mayan Train’ a Boondoggle? 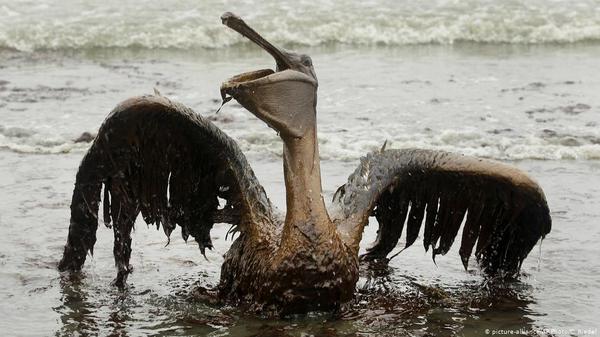 Communities in Oaxaca say they were hoodwinked into approving wind parks that pollute their land. As another development looms, they're hoping a legal injunction puts power back in their hands. 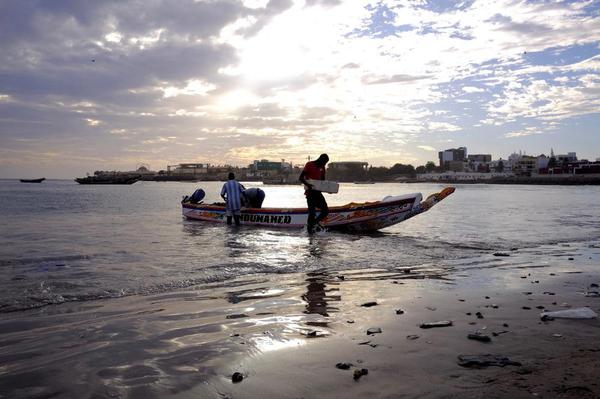 Overfished: In Senegal, empty nets lead to hunger and violence

The crisis is now forcing West African countries along the Atlantic to fight one another over the fish that remain. 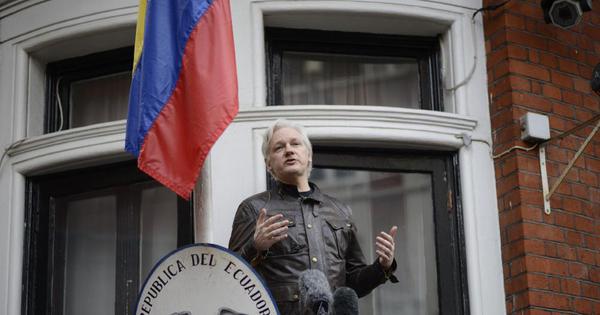 Meet the Man Who Allegedly Tried to Extort Julian Assange 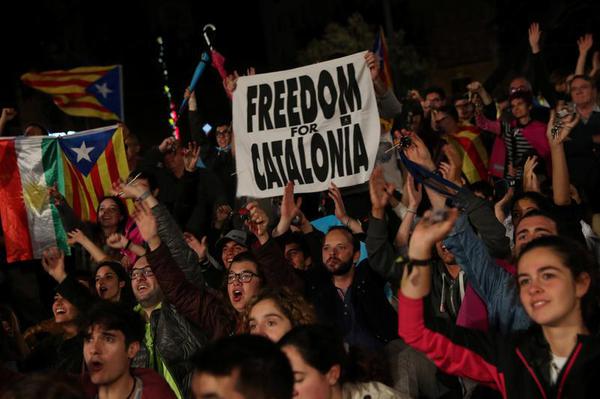 Catalan leader opens door to secession from Spain after vote

BARCELONA (Reuters) - Catalonia’s regional leader opened the door to a unilateral declaration of independence from Spain on Sunday after voters defied a violent police crackdown and, according to regional officials, voted 90 percent in favor of breaking away. 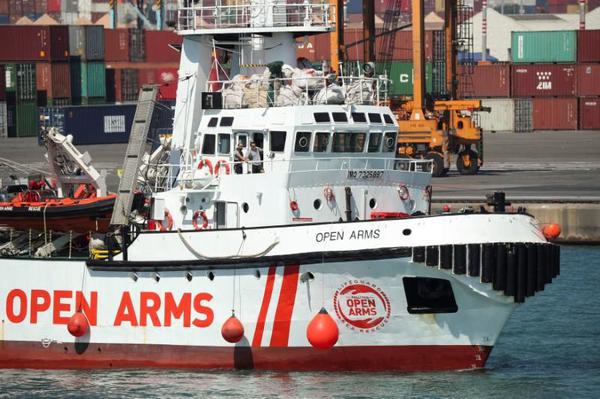 BARCELONA (Reuters) - A humanitarian rescue boat carrying 60 migrants rescued off Libya docked in Barcelona on Wednesday after being turned away by Malta and Italy, in the latest example of European divisions on immigration. 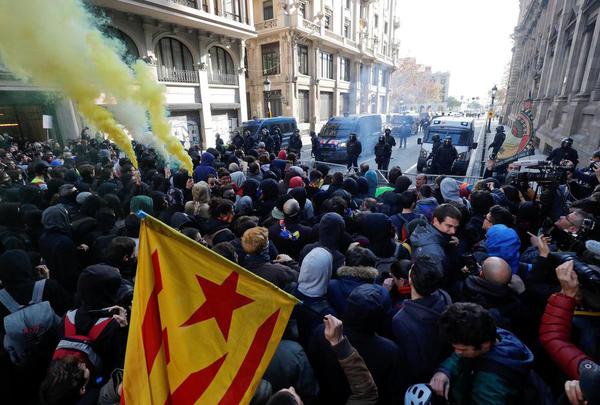 BARCELONA (Reuters) - Police dragged Catalan separatists off roads and arrested 13 during protests on Friday as the Spanish cabinet met in the regional capital of Barcelona in both a show of central power and an attempt at negotiation. Secession supporters used tyres and rubbish to barricade highways from before dawn, and thronged the streets of Barcelona in their thousands, many flying the striped Estelada, the Catalan independence flag that bears a lone star. Some set off flares and burned a 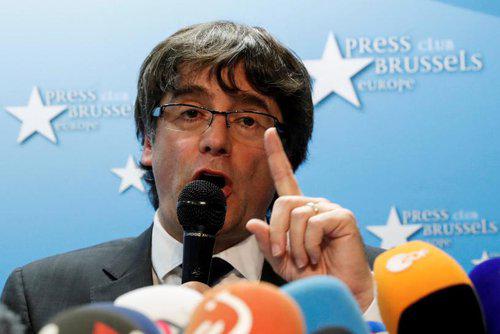 BARCELONA/GIRONA, Spain (Reuters) - Twenty-four hours after Spain removed him from power, Catalonia’s leader had resolved to leave the country and take his independence campaign to the heart of the European Union, but first he needed to tie off an important loose end. 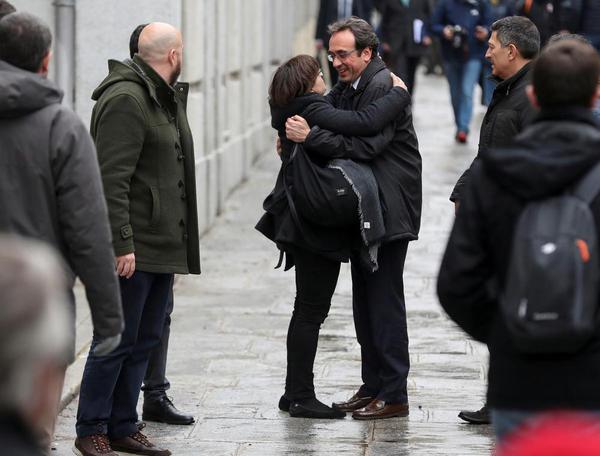 MADRID/BARCELONA (Reuters) - Spain’s Supreme Court has ruled that five Catalan separatist leaders can leave prison to be sworn in as lawmakers next Tuesday but said it would not halt the trial over their role in Catalonia’s independence bid in 2017. Oriol Junqueras, Josep Rull, Jordi Turull and Jordi Sanchez all won seats in the lower house of parliament in a national election on April 28. Raul Romeva, won an upper chamber seat. The five are currently being held in custody on charges of rebell 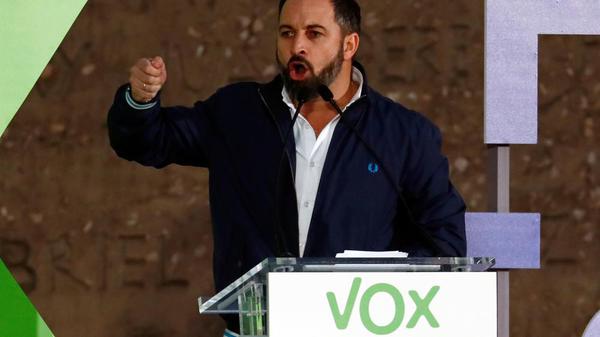 The End of the Spanish Exception?

In the international press, the national election made headlines for two reasons, each offering a different picture of the state of Spanish—and, by extension, European—politics. 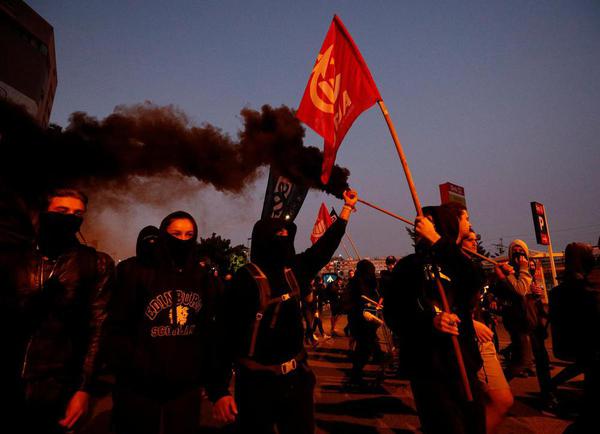 BARCELONA, Spain (Reuters) - Catalan separatists chanting “Freedom for the political prisoners” and “Independence!” took part in largely peaceful rallies on Tuesday that failed to draw massive crowds at a time when the restive Spanish region has come to a crossroads. 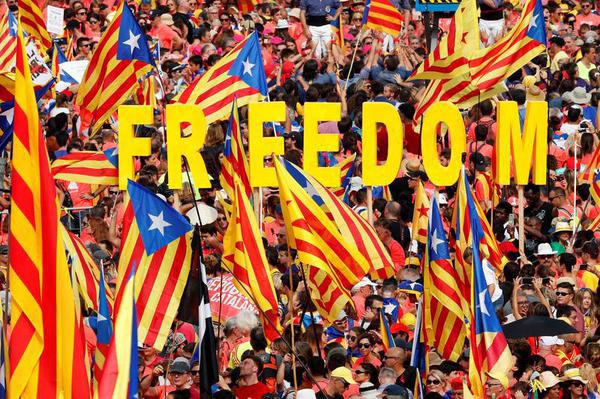 Stars aligned for Catalan separatists? Not so fast

BARCELONA/MADRID (Reuters) - Cheers rang out and drinks flowed in a Barcelona sports hall on Sunday night as separatists celebrated a victory - the first time a pro-independence party won in Catalonia in a national election since Spain’s return to democracy. 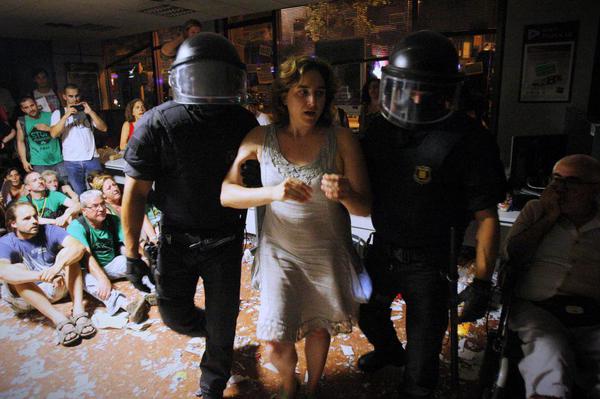 Thousands of homeless people in Spain are squatting, and owners are getting rough as they try to get them out

Veronica and her three small children live in a modernist building in a quiet, working-class Barcelona neighborhood. The apartment is perfect for the young family, except for one thing: They are living there illegally. Veronica, who declined to give her last name for fear of eviction, is among the thousands of people squatting in vacant apartments throughout Spain. 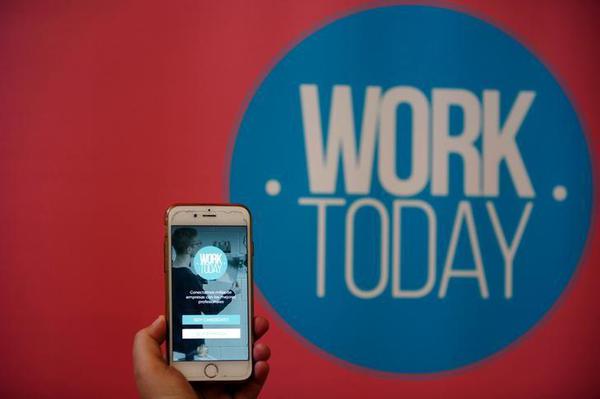 BARCELONA/MADRID (Reuters) - Marta Romero’s small start-up is in hiring mode, and it’s not just her own workforce that is growing: she’s trying to find jobs for 4.6 million unemployed Spaniards too. 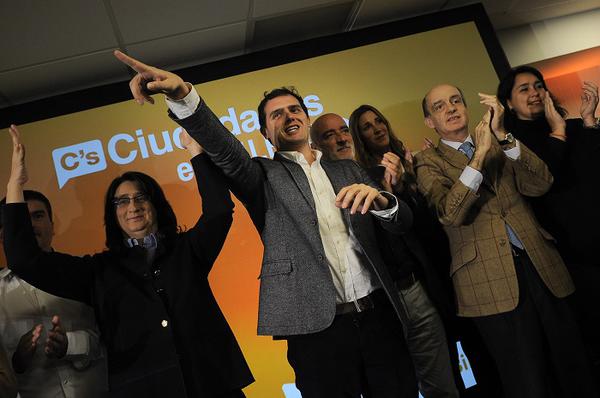 The party is shooting up the polls in Spain ahead of the country's general election—but does its success contain lessons for the rest of the continent? 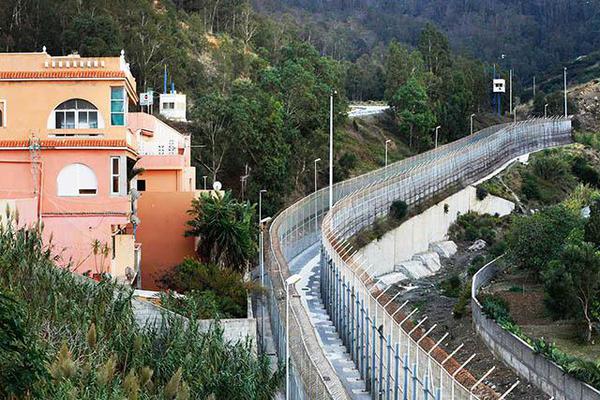 TANGIER, Morocco—Bakari Pacal was sprinting along a jetty in northern Morocco when he heard a rifle crack. His stride broke, and he tumbled into the Mediterranean. It was dawn on February 6, 2014, and he was in the lead group of a mass rush on a border fence dividing Morocco from an obscure Spanish enclave on the African side of the Strait of Gibraltar, a city of 85,000 called Ceuta. 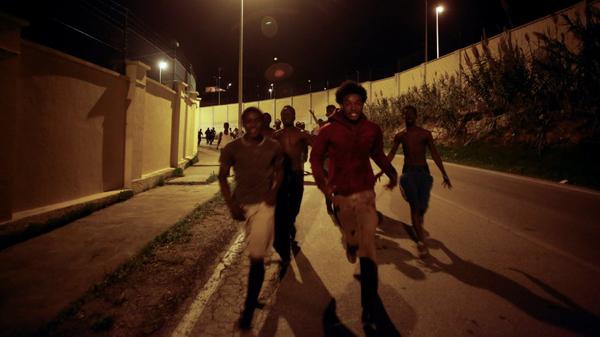 Are Morocco and EU heading towards a political impasse?